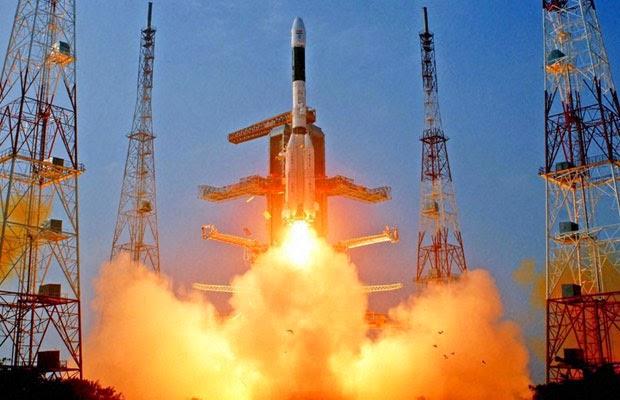 GSLV-D5 rocket launched successfully with indigenous cryogenic technology
The Indian Space Research Organisation or ISRO achieved another milestone  as it successfully launched the Geo-synchronous Satellite Launch Vehicle or GSLV-D5 from the Satish Dhawan Space Centre at Sriharikota in Andhra Pradesh on 5 January 2014 .
With this, India joined the “Cryo Club”, a select group of space faring nations having the crucial cryogenic engine technology, which is necessary to carry heavy satellites. Countries which have such a capability are the US, Russia, France, Japan and China.On this occasion ISRO Chairman K Radhakrishnan said: “I am extremely happy and proud to say that Team ISRO has done it. The Indian cryogenic engine and stage performed as predicted, as expected for this mission and injected precisely the GSAT-14 communication satellite into the intended orbit.” This was an important day for science and technology and for space technology in the country. Twenty years’ efforts in realising the cryogenic engine and stage have now been fructified..toiling of 20 years.The Rs. 350-crore mission marks India's entry into the multi-billion dollar commercial launcher market on a fully indigenous large rocket.
For over 20 years, the cryogenic technology was denied to India by Russia under pressure from the US. The launch defies that denial regime and marks the coming of age of India's indigenous space technology. Now, India seeks to attract foreign satellite launches due to its competitive cost.
India has been paying $85-90 million (around Rs 500 crore) as launch fee to foreign space agencies for sending communication satellites weighing up to 3.5 tonnes. The successful launch of this rocket was crucial for India as this was the first step towards building rockets that can carry heavier payloads. The launch was also the first mission of the GSLV after two such rockets failed in 2010 and an August 2013 launch was aborted at the last minute following leakage of fuel from the second-stage engine.
The GSLV is a three-stage engine rocket. The first stage is fired with solid fuel, the second with liquid fuel and the third is the cryogenic engine. GSLV-D5, launched on 5 January , is 49.13 meters tall and weighs 414.75 tonnes. Several design changes were incorporated into the rocket for a safe blast-off and design changes were also made in the lower shroud (cover), that protects the cryogenic engine during the atmospheric flight. wire tunnel of the cryogenic stage, to withstand larger forces during the flight and the revised aerodynamic characterization of the entire rocket. GSLV is capable of launching 2,000-kg-class satellites into the geosynchronous transfer orbit (GTO). 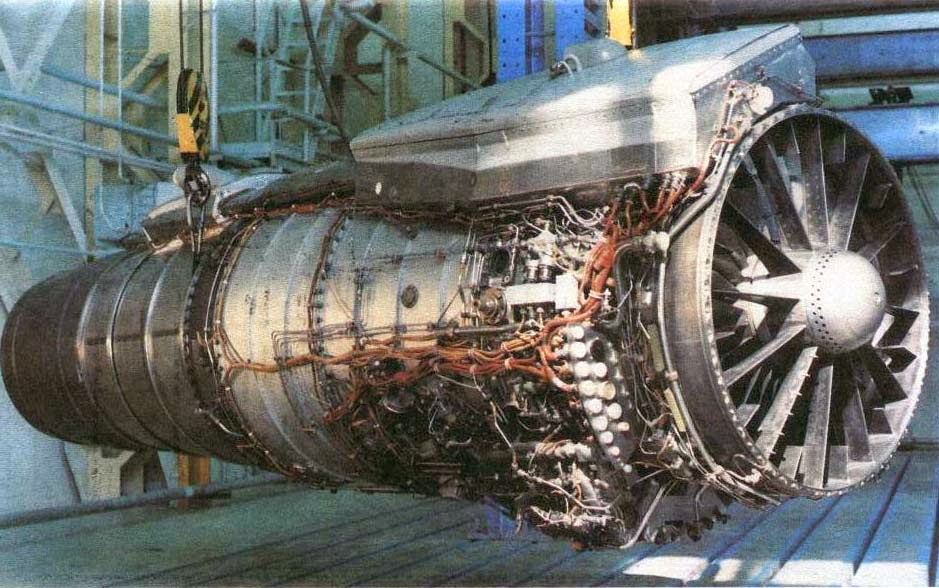 A cryogenic rocket engine is a rocket engine that uses a cryogenic fuel or oxidizer, that is, its fuel or oxidizer (or both) are gases liquefied and stored at very low temperatures. Notably, these engines were one of the main factors of NASA's ultimate success in reaching the Moon by the Saturn V rocket.
During World War II, when powerful rocket engines were first considered by the German, American and Soviet engineers independently, all discovered that rocket engines need high mass flow rate of both oxidizer and fuel to generate a sufficient thrust. At that time oxygen and low molecular weight hydrocarbons were used as oxidizer and fuel pair. At room temperature and pressure, both are in gaseous state. Hypothetically, if propellants had been stored as pressurized gases, the size and mass of fuel tanks themselves would severely decrease rocket efficiency. Therefore, to get the required mass flow rate, the only option was to cool the propellants down to cryogenic temperatures (below −150 °C, −238 °F), converting them to liquid form. Hence, all cryogenic rocket engines are also, by definition, either liquid-propellant rocket engines or hybrid rocket engines.
Various cryogenic fuel-oxidizer combinations have been tried, but the combination of liquid hydrogen (LH2) fuel and the liquid oxygen (LOX) oxidizer is one of the most widely used. Both components are easily and cheaply available, and when burned have one of the highest entropy releases by combustion, producing specific impulse up to 450 s (effective exhaust velocity 4.4 km/s).

Commercial Advantage
The success of GSLV-D5 signals is the beginning of a new era of commercial viability for Indian space missions. Though India had in the last two decades claimed its rightful place in the global space sector with 25 consecutive successes of its Polar Satellite Launch Vehicles (PSLVs), there remained a GSLV-shaped hole. While PSLV can carry satellites up to 2 tonnes to a low earth orbit, GSLV was needed for the launch of heavier satellites, especially of the telecommunication variety that need to be put in a 36,000km geosynchronous orbit. Sunday's launch using an indigenous cryogenic engine bridges this gap.
Antrix Corporation, the commercial arm of ISRO, which has been putting its workhorse PSLV to good use to launch satellites for other countries which find the Indian launchpad reliable and affordable, will now get a boost. Antrix chairman and managing director V S Hegde said the corporation is expecting a 15% growth in turnover as more countries were approaching Isro for commercial launches. Antrix has registered a revenue of 1,300 crore in the current fiscal.
ISRO chairman K . Radhakrishnan confirmed that Germany has approached India for the launch of an 800-kg satellite, and the UK for three satellites weighing 300kg each. "There will be at least two dedicated commercial launches this year using PSLV," said Radhakrishnan. ISRO scientists said earnings from such launches could more than double once GSLV is accepted globally as a reliable launch vehicle.
At the level of technology demonstration and outer space exploration, GSLV has come a shot in the arm for ISRO. Though we have spelled out our plans for a manned mission, we couldn't arrive at a tentative date because of the unreliability of GSLV. This success will speed up such projects. ISRO ready for a series of GSLV launches, including those for GSAT-6, GSAT-7A, GSAT-9 and Chandrayaan-2. The second moon mission will use a GSLV, after a second success of the cryogenic engine.

Posted by Shashank Dwivedi at 09:06